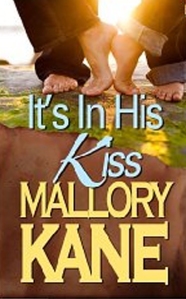 Cat Morrison has just been dumped by her fiance, and her best friend Michael is, as always, there to pick up the pieces. He and Cat have been BFFs since they were eight years old.When Michael suggests that Cat stay with him in his apartment until she finds a place of her own, neither one of them is prepared for the sparks that fly between them.

Cat fears that if she falls for Michael, she’ll screw it up like she always does. And Michael is afraid she’ll never love him as much as he loves her.